How He Was and How He is 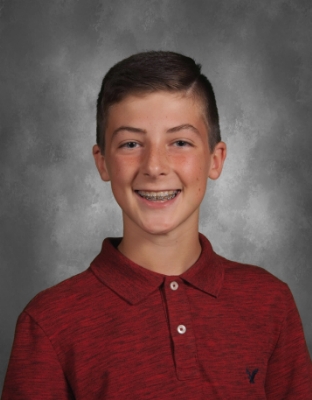 He was sixty-five. Loved to play basketball and make pancakes in the morning for us. He loved to play golf with me when I was there with him. It was always my favorite trip of the year. I can still hear his voice in the back of my head saying, “Now hold the golf club with your pinkie on top of the other hand and swing it like a baseball bat.” He was caring, he loved kids and spending time with us.

My grandfather was a great person and still is. When he is near me, I still feel that chill that he brings to me. A good chill. He loves me but doesn’t remember those days. He has something called Frontotemporal Dementia.

When he was diagnosed, I was around seven. I was in Canada at my cousin’s house, sitting on her couch watching a show, and my mom pulled me aside and took me up into her room. She said, “Brady, your grandfather is having some problems.” “What?” I said gently. She continued to tell me about what was happening with his brain. She called it Frontotemporal Dementia. At this time, I had no clue what this meant. I walked out of the room puzzled. What’s going on with my Grandfather? He’s my best friend. That night I was in bed thinking about what happened earlier. I still didn’t understand, but I was getting a taste of it.

That morning I woke up happy as a flamingo that could fly, throwing my little body around every which way, totally forgetting about what happened last night. I had a great breakfast even though it wasn’t my grandfather’s blueberry pancakes. Why wasn’t he making them? I said again in my head. Then he came out of his room slower than usual, trudging down the stairs. He walked straight passed me with his eyes drooping, he looked at me, and walked back downstairs. Very slowly. Walked straight past my grandmother. He didn’t say a word! I said to myself. Oh, he has that forgot your name thing. Something Dementia, I thought.  I kept reminding myself, he still loves me; he’s just sick for a little. Turns out, it hasn’t changed… AT ALL.

When he is at our house, he walks one of our dogs. Of course, the one that has no energy. The ten year old one, instead of the two year old puppy. He loves Lucy. That’s the ten year old Golden Retriever. He feeds her food, lets her lick the plates, and also eat his whole entire dinner!!! He mows the lawn with the vacuum, and rakes the leaves with the pooper scooper. When we see these funny things happening, we tend to also find the humor of the situation. Then again, it is also very hard to look at how much he has changed throughout these rough years.

If you would live with my grandfather for a week, you would feel the pain that we go through every day. It is hard to see him now because he was the best man ever. He would take me everywhere, go golfing every day with me, and make pancakes every other day. He was a great basketball player. He played for his whole life.

Even though there are so many things about him that have changed, and that are changing his life and the others around him, there is something merciful about his having this disease. He’ll die a peaceful death. He doesn’t even know what is going on right now.

I can still hear his soft soothing voice. His whistling a tune, always a different tune. The bubbling sound of the blueberry pancakes. Never burnt them or did anything wrong. He made his pancakes just like he was, perfect. My hero. My Pepere.